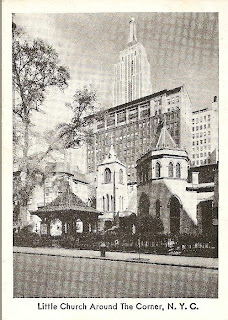 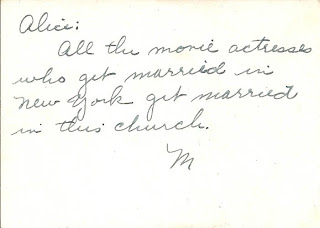 The Church of the Transfiguration, dubbed 'The Little Church around the corner' is one of the most famous parishes of the Episcopal Church in the United States. The Church was founded in 1848 by the Rev. Dr. George Hendric Houghton in New York City.

Actors were considered social outcasts at that time (boy how times have changed). In 1870 Joseph Jefferson, famous for his portrayal of Rip Van Winkle, had requested a funeral at another church for fellow actor George Holland. When the Priest learned that Mr. Holland was an actor he refused. Of course Jefferson was stunned by that answer. After a bit of coaxing, The Priest said,"There is a little church around the corner where it might be done." To this Jefferson responded "Then I say to you, Sir, God bless the little church around the corner."

Newspapers of the day reported the incident, Mark Twain even put his two cents in. Here is an article about the Church in the New York Times. 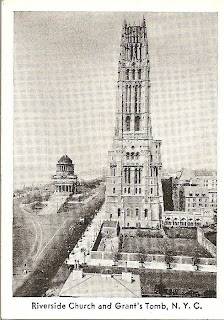 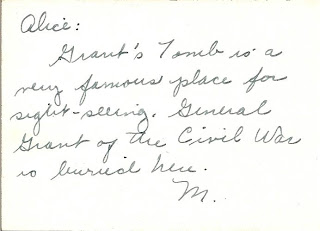 Who is buried in Grant's Tomb? The answer to this riddle asked regularly by host Groucho Marx on the game show "You Bet Your Life" as a consolation question is "no one." 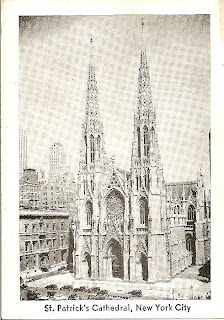 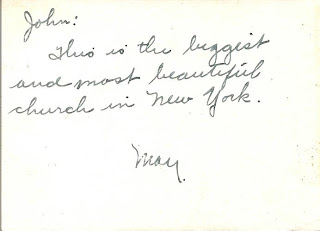 You can learn more about the St. Patrick's Cathedral here.

Next time we will look at a couple of bridges.
Posted by Leslie Ann at 1:13 PM