Henry Marcus, At the Parting of the Ways

It was about four or five years ago when my husband and I went to this yard sale in Lake City, Florida. I spotted this old, small paperback book and naturally I had to pick it up; and of course I had to buy it.

I have been able to find a little bit of info on Henry. His full name was Henry Fisher Marcus. According to the Social Security Death Index he was born Sep 2, 1893. His last know residence was Gainesville, Alachua, Florida. His social security number was 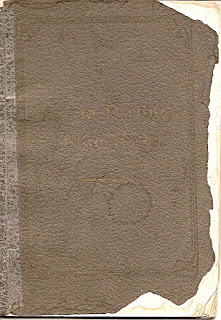 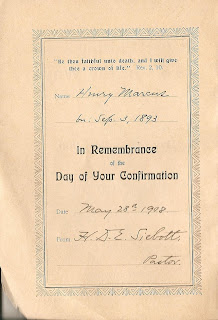 Pastor H. D. E. Siebott is mentioned in a few books on Google.

I have found the Pastor in the 1910 Philadelphia Ward 28, Philadelphia, Pennsylvania Census listed as Henry Siebott Rev., age 43. He was living in Philadelphia in 1920 and 1930 as well. He was a Lutheran Minister.

If you are related to Henry Marcus somehow or know of someone who is, please let me know. I would love to get this book in the hands of a family member who would truly appreciate it.
Posted by Leslie Ann at 1:02 PM