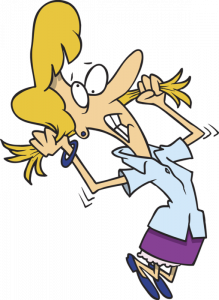 Great great grandpa Smedley -- you are truly driving me mad!!

My Smedley family has been doing genealogy for over 100 years. In fact my great-grandfather Thomas Joynes Smedley traveled to England to gather family records in 1896. That is how he met my great grandmother.


ARRIVALS. --- The American Line Steamer Pennland arrived in Liverpool on March 5, having on board for the British Mission -- Alvin B. Kempton of Curtis, Arizona; George Humphreys of Paris, Idaho; Christopher Wilcock of Huntington, Utah; Robert Winn, Francis C. Sella, and John H. Brough, of Nephi, Utah. Elder Thomas J. Smedley of Paris, Idaho, also came on the vessel, for th purpose of obtaining genealogical information. The weather was quite stormy during three days of the voyage, but except this there was nothing unpleasant experienced. All are well.

The Smedley Family records and stories for three generations have said that Thomas Cotton Smedley (Thomas Joynes' father) died in 1851 and that is why great grandfather went to live with an uncle after his mother died. In doing my own research I have discovered that is either a blatant lie that has been passed down, or a simple error by someone other than T.J. Smedley that has never been checked out. I have also discovered that he was married before and had two daughters that no one ever mentioned.

Thomas Smedley along with son and daughter in law, Thomas Joynes and Ann Smedley, came to the US in 1857 on board The George Washington. They sailed from Liverpool, England on March 28, 1857 and arrived in Boston, Massachusetts April 20, 1857.
They were listed as follows:
Thos. Smedley 54 Brick maker
Thos. " 19 Tailor
Ann Smedley 22 unstated (The passenger list can be found on Ancestry.com)

All passengers on board were mormon converts. Their passages were paid by the Perpetual Emigration Fund. I have not been able to find anything onThomas C. Smedley since he landed in Massachusetts in 1857. There is a diary of Amos Musser that records the passage. He was in charge of booking train tickets for the passengers after they landed in Boston. I need to find these records some how.

Since great grandpa came to the United States with his father, why wouldn't his children know this? It just doesn't make sense to me. I really hate it when important information is kept secret.

Thomas married, (1) MARTHA MITCHELL 4,5 on 26 Feb 1822 in Kettlethorpe, Lincoln, England. MARTHA was born about 1793 in Nottinghamshire, England. She died on 21 Jul 1859 in Harby, Nottingham, England.
They had the following children:

3 F ii. Matilda SMEDLEY was born about 1832 in Nottinghamshire, England

Thomas married (2) Elizabeth JOYNES daughter of Thomas JOYNES and Ann HOLBROOK about 1836. Elizabeth was born in 1808 in St Peters, Nottingham, Notts, Eng. She was christened on 15 Jun 1808 in St Marys, Nottingham, Notts, Eng. She died on 21 Jul 1854 in Derby, Derbys, Eng.
OCCUPATION: Elizabeth Joynes was a dressmaker.
Thomas and Elizabeth had the following children:
Thomas Joynes SMEDLEY was born on 16 Aug 1837. He died on 23 Feb 1921.
OCCUPATION: Thomas Cotton Smedley was a brick and tile maker.
Smedley and Wilson, brick makers ----- 1829 directory of County Derby, page 79