These are the last two finds from the Flea Shack in Middleburg, Florida. Two photos of a beautiful girl named Thelma Cathcart. 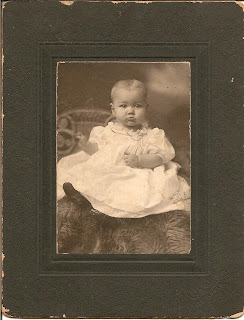 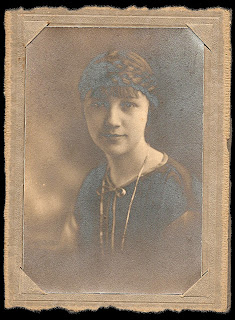 The first photo has a faint stamp that says Morgan Springfield, MO. The second photo was taken in Stockton, California. I believe that it is a proof. That is why it is so hard to see.

Using detective reasoning I believe I have found a few facts about her. Thelma was born 23 Apr 1908 in Missouri to William and Maude Cathcart. The family was in California by 1927. She was married to Raymond Larimer.

Hopefully we can reunite these photos with the Cathcart/Larimer family members.