Another lost family treasure I found in the Charleston Antique Mall in Vegas is this 1917 high school report card for Elsa Dahl of Wisconsin. 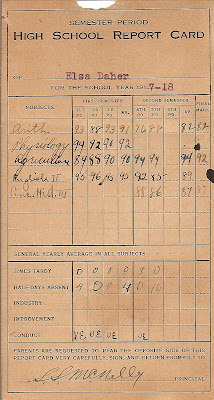 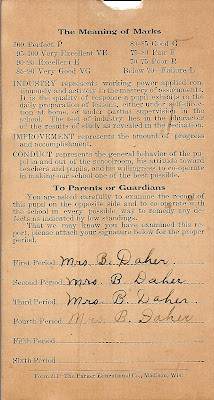 I have been able to find a little bit of information about Elsa and her family.
According to the census information she preferred to go by "Elsie".