This is page 9 of the Bishop/Carey family photo album that I found. There are no inscriptions on back to indicate who are in these photos, but I can make an educated guess as to the identity of a couple of them. 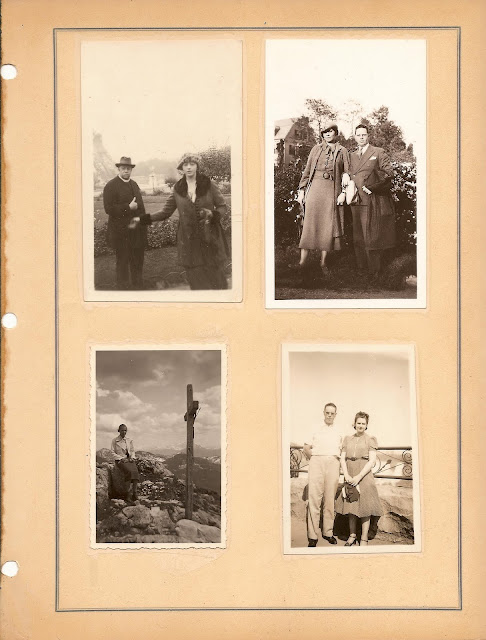 The man sporting the hat and collar in the top left photo is none other than Rev. Archibald Carey, Sr., a political activist, writer, and religious leader. 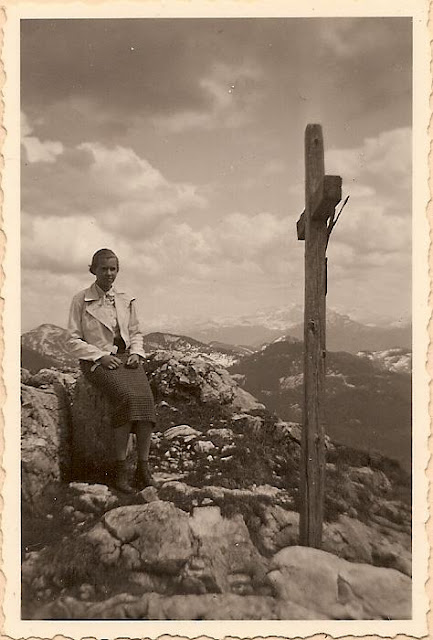 This photo does have writing on the back telling where and when it was taken, but not who is in the picture.


I believe it is Elizabeth Bishop.  This photo was obviously taken on the same trip as this one. According to the writing on the back of this photo it was taken in the Spitzstein mountains at Sachrang during Whitsuntide in 1937. 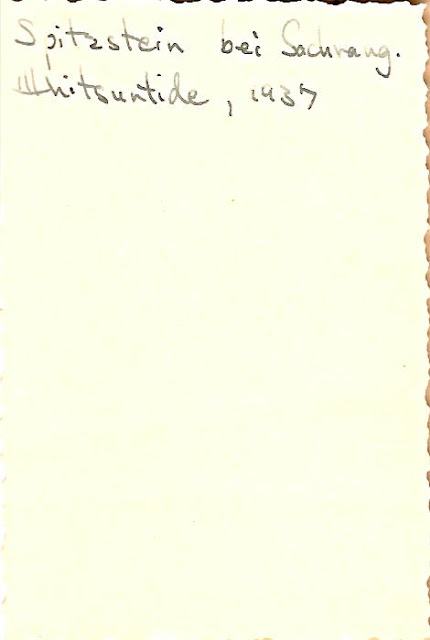 Hopefully someday I will find a Bishop/Carey descendant to give this precious photo album to.