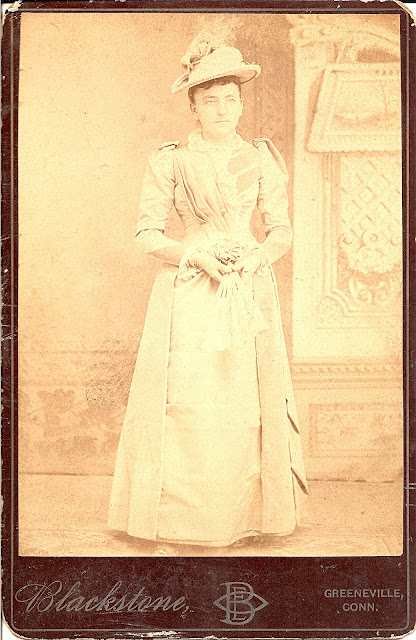 As promised yesterday, here is the only cabinet card photo with a name on the back.

I believe I have found the right gal in the census records.

The photograph was taken in Greeneville, Connecticut which is in New London County.  That is where I started my search. 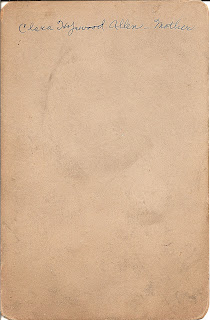 Then I ran a search for Clara Allen and found her married to Benjamin Allen.

I was able to find a birth record as well as a listing in the Connecticut Directory for Clara Hopwood. She was born Dec 1, 1867 in Lawrence, Massachusetts to John and Mary Hopwood.

In 1888 she was a clerk in Norwhich, Connecticut.

I haven't found any marriage records, but I am assuming that she met up with Benjamin in Connecticut and that is probably where they married.

By 1910 they were living in Lawrence, Massachusetts and they had seven children.  Looks like they spent some time in New Jersey where their sixth child Raymond was born.  Their seventh child, Madeline, was born in Rhode Island.

In the 1930 Lawrence, Massachusetts census Benjamin was listed as a widow.

And speaking of Benjamin, I think this photo might be of him. 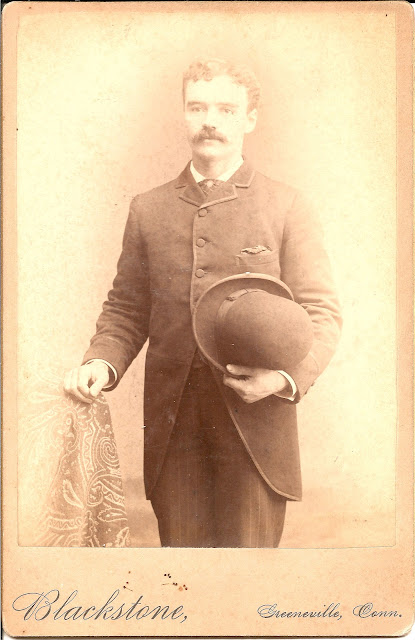 According to the census information, Benjamin Allen was born in Rhode Island which brings me to the next photo. It was taken in Providence, Rhode Island by Goodwin's Studio. Maybe it's just me, but I think the man in this next photo looks a lot like the man above. 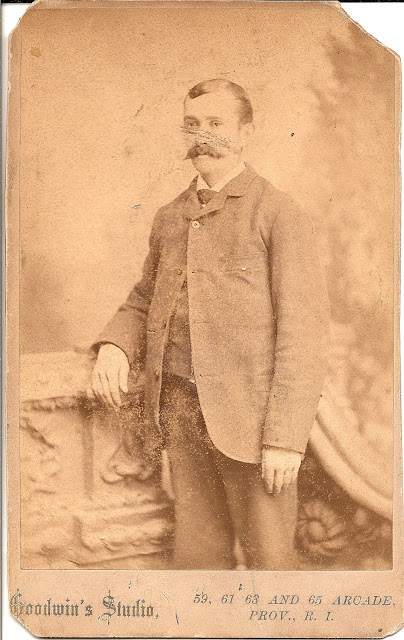 According to census records and the Rhode Island Directory, James Goodwin was a photographer from 1800-1900.

So what do you think?  Could these two men be the same person, or father and son?

Let me know what you think.

If these are your ancestors, please let me know.  Would love to see these photos in the hands of family.