Fun For All Ages! 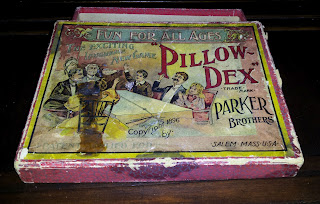 While strolling through the Waldo Flea Market a couple of weeks ago I got excited when I saw this old Parker Brothers game.  I had never heard of this game before, probably because I wasn't around in 1896.

When I opened up the box it wasn't the game I found.  Even though I liked what was inside the box, I still was curious about the game.  I was able to find something on Google that explained about the game.

What was in the box? One tin type, one postcard photo, and five cabinet card photos. 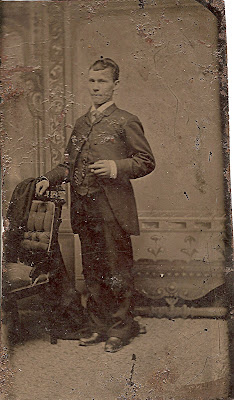 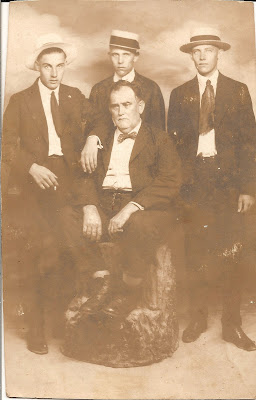 I don't know about you, but when I look at this picture the following phrases come to mind: 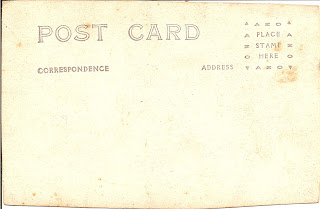 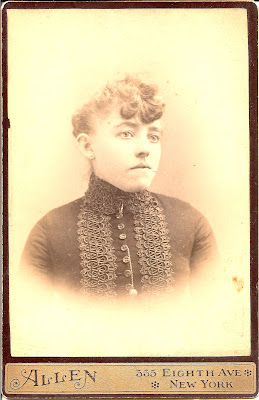 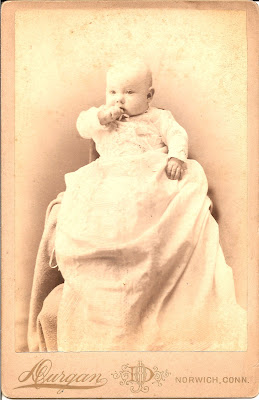 Unfortunately none of these photos have inscriptions on them so I don't know who they are. Only one of the cabinet cards had a name written on the back.  I will share her photo tomorrow along with the other two that I think may belong to the same family.