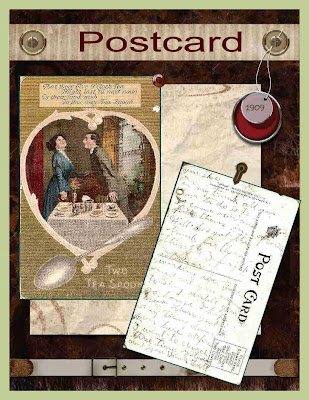 This week's treasure comes from great-grandma Piggott's box of goodies.  These two postcards must have been sent in an envelope like a letter, and I think there are 'pages' missing.

It seems that great-grandma had a man that was very smitten with her before she married great-grandpa.  His name was Frank Wilks.

The cards are not dated, but since Hazel Madsen and William Piggott were married in October of 1910 I am guessing that they were written about 1909/1910. 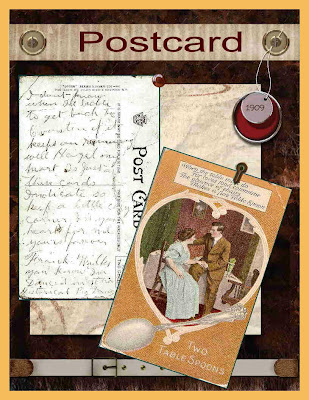 I assumed that this Frank character was about the same age as Hazel, but the census tells me he was ten years older.

I will now attempt to transcribe the postcards -- keep in mind that one or two are missing.

your shoes
in my trunk all you
have to do is to
come over and
put them in. of course
Will has got the
trunk for them
though I forget.
where are you
working over there
and are you going
to stay untill you
go home I hope
not there isn't
any thing dairy
over here at present.
I went to church
three times yesterday
don't you think that


So I gather from the last line in Frank's postcard that two of his younger siblings were married before him. I did find a record for his marriage.  He was married at the age of 36, two years after Hazel and Will got married.