I think it was two weekends ago we were at the Ramona Flea Market in Jacksonville, FL. I spotted this ziploc bag containing what I thought to be black and white family photos with writing on them. The baggie had a $5.00 sticker on it, but then the guy said that it was only a dollar so I figured that I would take it and study the pictures later when I got home.

They turned out to be, what I would call, souvenir cards of New York City. I haven't been able to find out much about the cards other than they were made circa 1935 or so. They are 3.46"x 2.50" in size.

The interesting part is the writing on the back. It seems that someone named May who lived in New York sent ten of these cards to a John, and ten to an Alice. 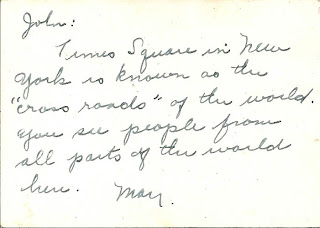 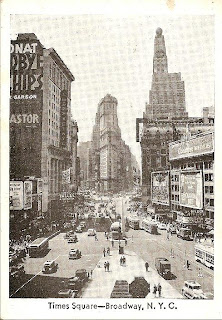 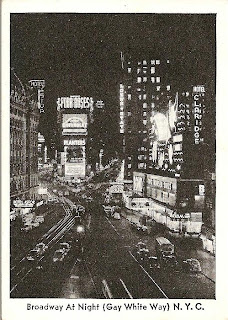 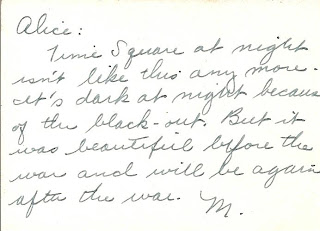 I gather from reading all of the cards that May was probably an aunt or a grandmother to John and Alice who were probably children as well as siblings. May's reference to the black out, suggests that these cards were sent some time during World War II.

Maybe you know Alice or John, or even May. It would be nice if we could figure out who they were. I think these cards would make lovely family keepsakes.

Tune in tomorrow for the next stop on our tour of New York City -- Rockefeller Center.
Posted by Leslie Ann at 1:51 PM